Trending
You are at:Home»Cycling»Giro D'Italia»Giro d’italia 2015 Fight for Pink Blog
By gghofman on May 6, 2015 Giro D'Italia

So the Giro d’talia 2015 gets under way this weekend, 2014 was a cracking race as it kicked off from Belfast. The Giro is looking much more conservative this year failing to pan to the mad men keyboard warriors wanting climb after climb but only as long as the race stays close. The change means a different style of racing and seconds gained are hard earned and fought for. However there are still 7 mountain top finishes but not overly crazy ones for most part.

In all it looks like 7 flat stages, 5 medium mountain stages, 1 mountain descent finish, 6 mountain top finishes, 1 TTT, 1 ITT. 77km of time trial altogether. As such I was very glad to back Porte at 6/1 and bigger and topped up at 80/1 on weekend winner Zakarin as he was bound to come in once finally confirmed. With lots of uncategorised climbs the racing will be tricky and I think this fresh parcours is well worth its chance. The early stage of a TTT, a break away type stage and classic style stage should allow for nice changes in the Pink jersey, then we get the stage 5 mountain finish.

Stage 7 has a bit of San Remo about it. Stage 8 then has the look of a likely queen stage. Stage 14 has the super long time trial and then the next day is the super tricky mountain day on stage 15. Two key days where a big name could fall. To finish it off straight off a rest day stage 16 looks a leg breaker. Stage 19 and 20 are contrasting mountain days to finally decide the winner of the Giro D’Italia.  The race finishes with the procession in the city of Milan.

Alberto Contador is an odds on favourite to win but my feeling is Porte is near matching him he has looked fantastic in 2015 and if anything this parcours plays into his hands. Both riders are contrasting with Porte a man yet to deliver on this big stage while Contador has won all three grand tours. Uran is 3rd favourite he has a prime chance last year to out fox Quintana but he had that dodgy decent time loss as a good excuse in what would have surely been dead close. Aru leads Astana and is the 4th in the market at single figures with some books. Aru still has chinks in the armour but is a guy who will take out a big stage win in Giro D’Italia. 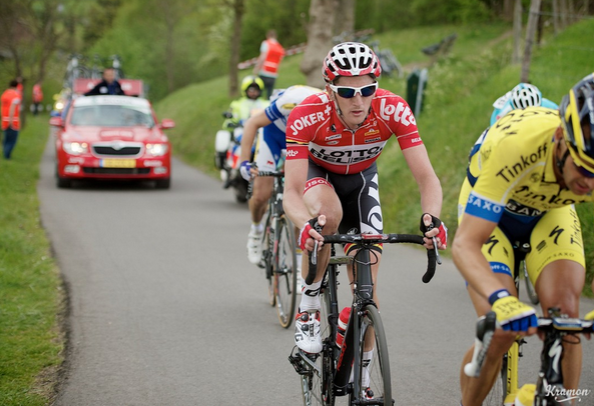 Van Den Broeck may thrive in the Giro D’Italia

Pozzovivo is clear leader for Ag2r and he had started to tick along well. The lower mountains however and long time trial play against his usual strengths in this Giro. Intxausti is interesting as he looks the leader with absence of Quintana and Valverde. He was 8th in the 2013 Giro. Interesting me is Van Den Broeck who has cleared his focus from the Tour to the Giro. He looked very good last week with a rare time trial showing from him, he could thrive. The real battle will be Sky v Tinkoff with other teams hoping they might shoot each other in the foot, Team strength is such that even with Contador and Porte excluded there teams would have a strong chance of overall victory.

The Zakarin price has gone now at the best of 33/1 with corals this is a different test to what he faced last week. Porte for me has all it takes to rival Contador who isn’t exactly the peak talent he has been. Porte has a super strong team and a great season behind him and we know the only thing against him is a possible ad day but the route suits his style of racing. Van Den Broeck is a wise back up option at huge odds. He has aimed for the Giro over the Tour this year. Movistar have open options but talent none the less and I look to Intxausti to improve on an 8th in 2013.