Trending
You are at:Home»Cycling»Tour de Pologne Cycling Preview 2015
By gghofman on August 1, 2015 Cycling

Tour de Pologne or Tour of Poland gets under way as a build up race to the Vuelta and those who choose not to ride the Tour. Its a race thriving with the country now with a number of stand out cyclists in the World Tour including the current World Champion who off a hard Tour De France will have dragged himself to get here. Majka won last year to become the first Polish winner since 2004.  Kwiatkowski was denied by Moser in 2012.

Stage 1 is a circuit race a short day that should end in a sprint. Stage 2 is lumpier and longer and should test the field a little more. Stage 3 looks quiet the same with maybe more of an uphill finish which might be more selective in its winner. Stage 4 throws in some proper climbs, online however its a flat finish and the climbing stops from quiet a bit out so gaps are likely to be nothing between GC men. Stage 5 looks very lumpy they look like they climb the longest climb early and then take on hilly terrain from there on. its a quick finish with a downhill into a short uphill this could be an important stage.

Stage 6 is very hilly again with some different circuits mixed in, site its also quiet long at 174km and will get very interesting. The finish is a proper hill top one too. Stage 7 is then a time trial around the tourist city of Krakow. 25km so quiet long so could yet make some major differences to the look of the overall. Its a power time trial, with few bends and mostly out and back.

So the ideal winner will probably want a solid time trial, handle hills quiet well and not need longer climbs to excel. Coming in with shape is always what makes this a tricky one to get right as many riders are either winding down or winding up yet. Tinkoff defend by sending Bodnar here along with Poljanksi.  Bodnar has not raced in almost 3 months, he was 2nd in Qatar but this racing could be little too much for him. Sky have Ian Boswell who went well enough in California which could be the right mix for this race. Henao 11th in Suisse also provides them with a big threat he was 3rd in California as well. 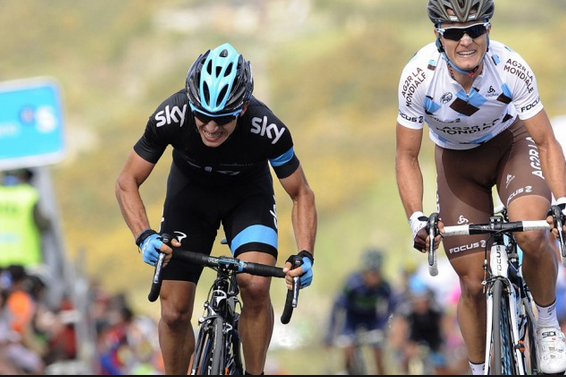 Niemiec leads an otherwise Italian Lampre line up, and he really needs to show he still has something left in his 30s, he lacks the time trial needed to win this. Watch out for BMC they do send Atapuma but watch out for Hermans who was 2nd in Austria and likely should have won it, the time trial might cost him however. As with Movistar its always tricky to figure out who will fare best when the leaders are absent,  Izagirre and Intxausti take the eye in this case, both can climb both can time trial when they want. Alpecin are here with Kittel but also Craddock earns an eye. This is a great chance for him to start to deliver on the talent we saw at lower levels.

Katusha send the Romandie winner Zakarin here he has had a tune up so he may do well here and he can time trial too. Gesink is here with Jumbo but he surely winds down from the Tour. I wonder how George Bennett might go here. This racing might be little much for Van Den Broeck and also for Monfort, both may prefer less time trialling and longer climbs. Maybe there rift from the giro will drive them on to beat the other.

Past winner Moser lines up with Formolo for this one. I am unsure this suits Moser now with a time trial but Formolo might push for a good placing here. Betancur had a half decent Giro but his time trial is questionable for this. Cenifl has had a light season and him and Reichenbach can provide the IAM threat. FDJ will be hoping either Elissonde or Jeannesson could show some life this season. CCC have Paterski here he won Croatia but I am unsure he has the step up in him to win this.

I mentioned how much I liked Hermans in the preview with a little doubt over his time trial but the price on his match bet is very nice.