I will be taking it easy this week as the European Tour continues outside my comfort season of European Tour event proper. This week we are in Singapore for The Championship at Laguna National. And to make matters worse its a brand spanking new course for nearly all the players as it hasn’t been used since 2007. And as pointed out the European Tour trails most of the US events at any level for information.

click here for the PGA Tour Preview this week

It seems like accurate driving and good putting will pay off this week. Of course hitting those greens will be important to give you those key chances. I will go with the four main picks and an extra side pick. Both at the top of the market would worry me at those prices currently and its an event I likely won’t do much with in play. 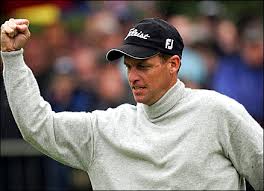 Hansen is my main pick for this week

The Championship at Laguna National Picks:

Wade Ormsby 70/1 bet365  – Bit of a nice price considering he looks to be in decent touch and has had recent top 5 to his name. He is close to a big success and his accurate driving will be a big help here.

Anders Hansen 45/1 bet365 –  Has played this course way back in 2006 and played it well., takes the eye with how he finished at the  China Open, were he took a late place and a follow up here would be welcome. Took bigger odds early in the week.

Alexander Levy 45/1 betvictor – If you were not impressed last week by Levy over most of the week then your a hard task master. He played some very impressive golf and something of a repeat again this week could see him in the money again.

Raphael Jacquelin  70/1 bet365- An 8 last week when in contention was a big set back to his chances. This week should be suiting him again and any wind would not be an issue for the French man. His superb putting can inspire confidence.

also as smaller fifth pick I will back Simon Dyson at 40/1.