Criterium du Dauphine kicks off this Sunday with the Tour De France just under a month away. Defending champions Talansky takes the line but last year we tipped him at 100/1, now coming off his US National time trial title he doesn’t look so tip top this year to take advantage of any of the big names napping. Froome meanwhile will look to get his career back on track here.

The stages are testing with a team time trial thrown in to match the Tour as it usually does in its guise as the mini tour. With just the one clear sprint stage it leaves six stages for the racing to mix itself up. The team time trial is just long enough to cost someone the race if it goes wrong it could well make the difference. From stage 5 the difficulty rating certainly moves up a level. 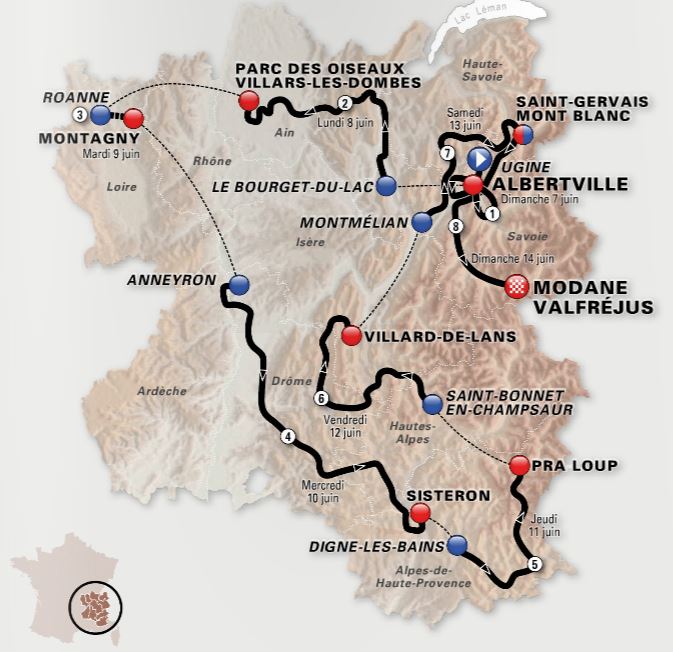 Lots are talking of the stage winning battle between Valverde and Rodriguez on the steeper ramps here but why may fall sort on the overall front. The field is full of talent but Froome is going be hard to stop if back near his best again. Given Froome is making the right sounds right now after a good block he actually is a bigger price than expected. Valverde his main rival in market can be controlled on the climbs he is unlikely to create any major gaps on stage he does well on.

At 16/1 Talansky backers would look very foolish, he was 100/1 last year and I could easily argue his chances looked better this time last year.  40/1 on Keldermann is tempting in hope he can feed off his teams strong showing at the Giro, he has shown glimpses going close here would be big. In the same vein Peraud and Bardet share leadership here, pressure off might suit Peraud even if the TTT might not go so well for Ag2r.

So a race I am looking forward to but it would surprise me if we saw the full picture from Nibali and maybe some others here.