Trending
You are at:Home»Cycling»Vuelta a España»Cycling Vuelta A Espana – Stage 11 Time Trial Betting Preview
By gghofman on September 4, 2013 Vuelta a España

Stage 10 went well with Horner taking stage for us at 20/1 plus. He had bit of a bumper performance to say the least

Stage 11 is a hilly test. Its a pretty long time trial at just under 39km long. The climb starts pretty much from off but doesn’t really kick up till 9km were the 9km of the offical climb starts its only a category 3 so not too steep so riders may choose to ride their time trial bike for the whole time trial. Its a fast finish then downhill back into Trazona. The most diffcult part of climbs are km sections at 7%. The descent is for most part straight forward so power will be rewarded without taking risks. 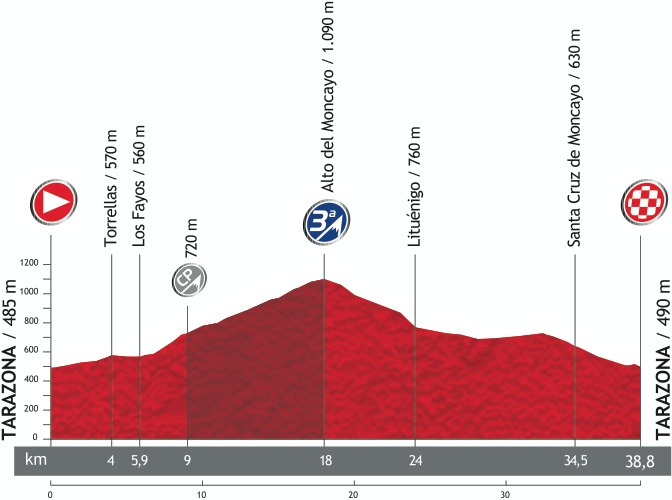 The question is if the climb is enough to rule out the terrible two of Martin and Cancellera or whether they will have enough on the long downhill to make up for it. I think it may just be a test too far and some of GC men will attack it with more gusto than these two men still building for a worlds next month. I will as such be taking a very restrained approach to this going with two of the strong Astana men and one big outsider in Barta who is a solid time trialist and his team will want a full effort on the stage.