Trending
You are at:Home»Darts»Grand Slam of Darts Preview and Opening Matches
By seamusshanley on November 7, 2014 Darts, PDC Darts

The darting calendar now moves to Wolverhampton where the elite players of the BDO and PDC collide to face each each in a league group format before knockout commences in the last 16. It is one of my favourite tournaments as it shows the best of what both organisations have to offer and the opening league format can provide plenty of drama as players look to qualify to the next round.

We saw our fair share of drama last weekend in The Masters championship as James Wade somehow came from nowhere to defeat Mervyn King 11-10 despite losing 9-2 at one stage. King did show some slight nerves during the latter part of the match but his brilliant finish of 158 gave him a 10-6 lead and he had to have expected to win from there. All credit to Wade who never gave up holding his throw comfortably and heaped the pressure on his luckless opponent. King had several match darts but contrived to miss all opportunities. To his credit he took the defeat very well praising his opponent in the interview afterwards. 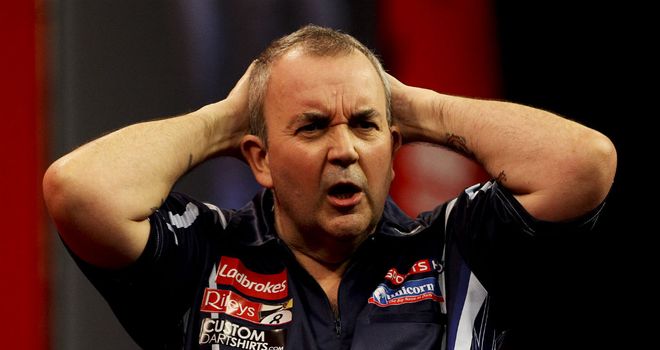 Of course we cannot forget to mention the fact that Wade and King beat Taylor and van Gerwen respectively to get to the final. MvG did not seem to be playing his best game throughout the weekend and was very lucky to get through Raymond van Barneveld in the first round. King seized his chances early on and never looked back, prostate van Gerwen not being able to make a comeback. Taylor lost out in a thrilling contest against Wade 11-9 where both players broke each other throw during the end of the game. Wade hit a crucial 120 to break the throw to lead 11-10 as Taylor reacted to the crowds booing.

This unique format does tend to suit the top players in the world with Scott Waites being the only player outside of the PDC to win the competition. At the odds of 10/1 I think that James Wade is value to win his second TV major. I can see The Machine getting through the group of Mervyn King, Jamie Caven and Tony O Shea without too much difficulty. His confidence must be sky-high at the moment and I feel he is very much the man to beat right  now.

As I have mentioned before in this tournament the early matches can be very tricky from a betting perspective due to the best of nine legs format. The standard is so high at these tournaments that any player on his day is capable of producing a shock and so should not be taken lightly in the group stages. Indeed Raymond van Barneveld got knocked out in the group last year after winning the title in 2012. 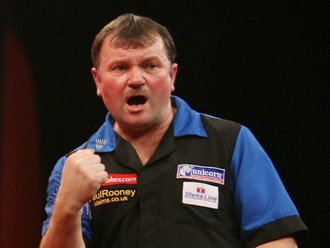 The Bull has been hitting his target of late

My first bet will be Terry Jenkins to beat Scott Waites at 4/6. Scotty has been off the boil on the BDO circuit of late whereas Terry has enjoyed his most successful season of late reaching two major finals. At the odds I think Terry  should be able to outscore his opponent to win.

I also fancy Michael Smith to get past Simon Whitlock at 21/20. Michael has made some good strides this year on the PDC circuit winning the European Open this season. He has every chance of beating Whitlock who may be suffering from confidence a little at the moment

Finally I will back Andy Hamilton to beat Christian Kist at 8/11. The Hammer has always shown himself to be a good finisher and I think this might be the difference between the two tomorrow.