It was a near miss last week for us again Cabrera Bello played well till the half way till its unravelled and still he had chances on the final day to make it his, his short game was a let down but theirs no doubt his game is in good order. Aiken gave us a huge each way return at over 100/1 he once again proved a player of his quality should never go off that big.

This week Woods has been well rewarded to be here and joins Stenson and McIlroy in a strong field. In my opinion Woods adds nothing to the field for the large amount spent on him as both McIlroy and Stenson would be big draws anyway. The course is manageable and shorter than we had last week but wind is again a factor so expect those who struggled last week may do so again.

The last three winners were all on my shortlist last week of which two were backed, this says it all about how helpful playing last week will be for winning the Dubai Desert Classic.  So the focus will be on driving distance and Greens in Regulation. With the back 9 playing much easier it should make for an interesting Sunday at the business end. Its a sign of the power of Nike in golf that McIlroy and Woods will play together attracting a lot of the attention from the crowds.

Given the form of the big 3 I may look to back Rory in a 3 ball tournament bet, as I feel both Stenson and Woods are undercooked currently. Also watch out for the driveable par 4 17th a hole in one here will net a lucky player $2,5m. Also note paddy power paying 6 places as well as stan james.

You will find my PGA Tour Phoneix Open Picks here:

Joost Luiten 40 win( 8 place betfair )  – Best of 33rd here,  but the way he has been hitting the ball lately he could well change that. Putter serving him well and week off might serve him well 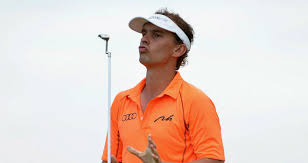 Luiten can battle it out with the big names

Jamie Donaldson 40/1 paddy power- A tip of mine for the Race to Dubai this year, something he went close to in 2013.  Didn’t defend well in Abu Dhabi but that is behind him now and does play well in the desert. Talented a proven winner and one of better putters which may prove useful on the back 9 on Sunday.

Shiv Kapur top 20 7/1 ladbrokes- Sneaking along with decent showing on desert swing, also preformed well in hong kong and chance of top 20. Won at local course before so suits the lay out.

Peter Hanson 40/1 paddy power- Won at this course way back in 96 before turning pro. Game is in good order to push the big names this week.

Alvaro Quiros 55 betfair (12 place) – Let down by putter this week and might enjoy a return to past glories here but he might want to cut out the triple bogeys. His driving distance and GIR were spot on last week and signs are good so far in 2014 from him.

Stephen Gallacher 45/1 various – Backed last week and a previous winner here, should suit this test again and has finally got over his troubles of last year.