After a busy week of action in Dublin, we move to Mulheim, Germany, for the PDC European Championship. All the elite players will be looking to find some form ahead of the Grand Slam of Darts and, of course, the World Championships in Christmas. As mentioned in the previous tournament, Stephen Bunting made further progress in the start of his PDC career, producing some fine performances to reach the semi-finals. Richie Burnett had a renaissance in form to reach the quarter finals. He will not be playing this weekend, but he is knocking on the door to get a top 32 world ranking. James Wade proved any doubters wrong with a magnificent display of darts during the week’s play in Dublin. He beat Robert Thornton in a high-quality encounter, both players incredibly achieving a nine darter in the “double-in double-out” format. He got over his mental barrier in beating Phil Taylor comfortably and then came back from the dead to beat Gary Anderson in a sudden death leg. He was a little unfortunate to lose to Michael van Gerwen in the final, but can take heart from some great displays. I don’t think it will be too long before we see “The Machine” win another major ranking event.

Wes needs to build up his confidence at the moment

Two players who need to have a hard look at themselves are Wes Newton and Raymond van Barneveld. Wes had another poor Premier League performance earlier this year and it seems to have affected his confidence. To his credit, he managed to battle hard to get into the quarter finals of the World Matchplay Championships but has not kicked on since then. He may be having some shoulder issues still, but I feel Wes needs to get back to basics to rediscover his old form and needs a good performance to build back his confidence.

Barney had another indifferent showing in a major ranking event at the World Grand Prix where he came back from the brink against Dave Chisnall, but then performed well below par against Mervyn King in the second round. He looked to have the first set won at 2-0, but then a lapse of concentration led him to lose the first set. He never seemed to be the same player since and looked to be in back pain as he lost 3-1. Ironically, King has been having back problems for a long while this year yet still reached the semi-finals of the UK Open. I felt like Barney’s attitude was not right on the night and he will have to improve this weekend to improve his ranking.

Looking at the draw it would appear that the bottom half is trickier than the top. In the third quarter bracket we have immense competition with Phil Taylor, Andy Hamilton, Stephen Bunting, and Gary Anderson all battling with each other just to get a semi-final place! It is good to see Christian Kist and Benito van de Pas qualifying for the first round stage in their first year in the PDC. Rowby-John Rodriguez is also bringing the talent he showed on the youth tour to the men’s circuit and is a star of the future. Overall, looking at the draw, I have to fancy van Gerwen’s chances of winning and I will back him at 9/4 to win the title. He will have an easier start this weekend than his rivals and has shown the ability to produce clinical darts when necessary. Another bet I fancy at a big price is Peter Wright to win at odds of 28/1. He lost out in a great battle against Stephen Bunting in the World Grand Prix and has been coming back into good form recently. He is in the same half of the draw as van Gerwen and I think he could be Mighty Mike’s biggest threat in the top half of the draw. 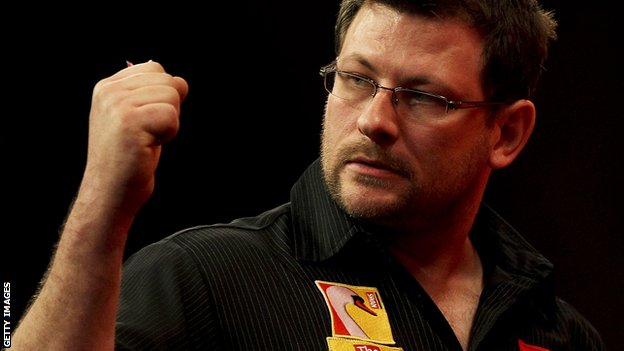 I shall also be backing Peter Wright to win the second quarter of the draw at 10/3 and James Wade to win the fourth quarter at 2/1. It was no fluke that Wade made it to the Grand Prix final having had many quality performances of late. I feel he should be able to see off the likes of Adrian Lewis and Jamie Caven in his section.

I fancy Ian White to beat Wes Newton at 4/5. White reached the quarter finals in a Players Championship event in Crawley recently and does look to be in a better frame of mind with his game at the moment. I was quite impressed with Dean Winstanley’s display in the Grand Prix and think the price of him beating Kim Huybrechts at 6/5 is good value. Kim has not quite been able to get consistency in his game at the moment and I feel that Deano can grind out a big win here. Finally, I shall back Simon Whitlock to beat Raymond van Barneveld at odds of 10/11. The Wizard seems to save his best performances for this tournament having been the winner and runner up in the last two years of this event. He is a big fan favourite and he could unsettle Barney early on. If he can get a lead, you could see Barney shaking his head and becoming frustrated with his play.