Trending
You are at:Home»Darts»PDC Masters Preview and 1st Round Betting Tips
By seamusshanley on January 29, 2015 Darts, PDC Darts

The top 16 players are back on our TV screens this weekend after a great end to the World Championships when Gary Anderson fulfilled all the promise and expectation by out-battling Phil Taylor in a close fought and quality final winning by 7 sets to 6. He seemed to be up against the dartboard as well as his opponent during the match having several bounce-outs at key stages, he was about to throw a 180 in a crucial 9th set but unbelievably all three darts fell to the floor on his third attempt on the treble 20. I felt the turning point of the match was when he somehow recovered to win that 9th set after crowd trouble cost him the second leg of the set. He found the resolve to reel off the three legs in a row to take advantage and he never looked back from there proving he had the belief to be the world’s best.

We enter into a new season with the major tournaments appearing to be as wide open as its ever been with Anderson now joining van Gerwen and Taylor as the big three to beat in my opinion. This tournament format means that only the top 16 players in the world can participate. Looking at the overall draw I feel that Michael van Gerwen can take advantage of what looks to be an easier side of the draw to win the event at odds of 11/4. There is no doubt that the Dutchman will still be hurting from his loss to Anderson in Ally Pally over the Christmas period and will be itching to get the opportunity to avenge this defeat and show he is still a force to be reckoned with. It seemed as though MvG was not quite on his best form over the past few months so I think this is an ideal chance for him to get the season off to a winning start.

Wright should not have too much trouble getting past Dolan

In the first match Snakebite Peter Wright will face The Historymaker Brendan Dolan and I fancy Wright to win this match by the 1.5 leg handicap at odds of 4/5. Wright is a player who is very comfortable with his game regardless of whatever pace his opponent is throwing at which will hinder Dolan’s chances. Wright looks in good form after reaching the World Championship Quarter Finals and I think he will have enough scoring power to win this game. 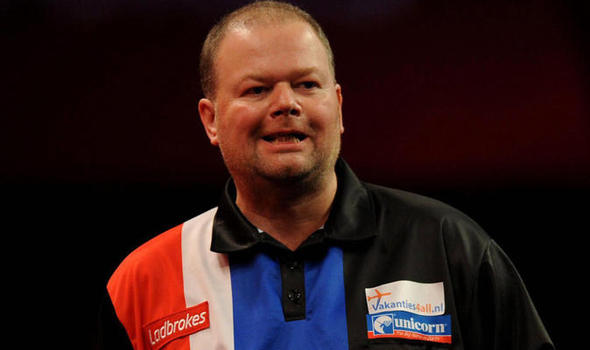 Raymond van Barneveld faces Simon Whitlock again in what seems to be a very regular meeting of late. Barney has had the better of his opponent of late and I think he will have enough to win and is worth backing at 4/6. Raymond had something of a resurgance in Ally Pally reaching the semi-finals before beating Phil Taylor. He showed that he still possesses all of the match play ability that can make him a tough opponent on any day. Whitlock’s game appears to be in decline at the moment and has made more of an impression with stories off the oche than on it.

James Wade faces Mervyn King in a repeat of last years final and I think The Machine is a fair price at 4/6 to hit the highest checkout in this match. Wade had a great season last year winning a couple of ranking events and proving his worth to be chosen for this year’s Premier League. His checkout ability has always been his high point and I expect him to hit more ton plus checkouts than his opponent on Saturday.

Finally I think that Terry Jenkins can give Phil Taylor a good hard game in the first round therefore I will back over 15 legs in the match at odds of  Evens. Jenkins reached two major ranking finals last year and will be hoping for more success in the coming months. Taylor has found it more difficult at this time of year and it has been reflected in his Premier League showing in the past two years. I think he may not be on his best form on the night and could be involved in a battle.