The action gets underway in the First Round Matches tonight and tomorrow with some tasty match-ups to look forward to. Northern Ireland are well represented in the tournament this year with 3 entrants playing tonight. Daryl Gurney is making his debut in this tournament after reaching the second round of the World Championships last year and it is great to see the man from Derry making an impact on the PDC.

Another few players to look out for in the first round will be Stephen Bunting and Mervyn King. Bunting has made great progress in the PDC after his BDO World title and impressed everyone in the World Matchplay Championship. The new format may cause an issue for him but confidence must be high for the Asset at the moment. Similarly Mervyn King has rediscovered some of his best form of late winning the European Darts Grand Prix beating Michael Smith 6-5. He is well known to practice the most on the PDC circuit and this dedication could pay off for him this week. 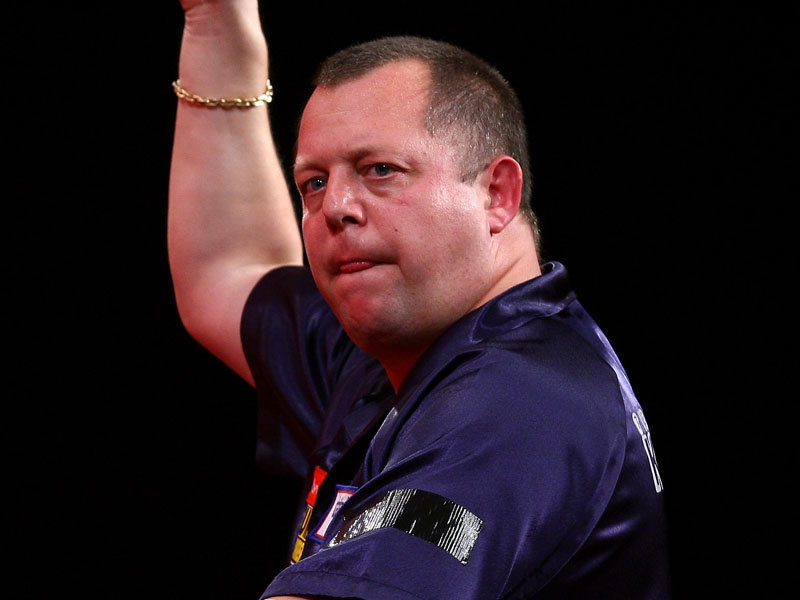 Indeed the first match I will focus my attention to is the Mervyn King Wes Newton match where I shall back King at 4/5 to knock out the man from Fleetwood. Wes has been noticeably struggling with his game of late, buy particularly on his doubles. He did reach the latter stages of the Matchplay, however he did have some periods of great fortune on the way. King is a tough battler and in this format I think he has enough to see off his opponent here.

The Demolition Man looks nailed on to progress

In the first match Darren Webster takes on TV newcomer Andrew Gilding and going by both players performances at the Matchplay, I have to back Webster at Evens to progress. The TV atmosphere really got to Gilding as he lost 9-0 to Adrian Lewis in Blackpool and still has a lot to learn in terms of coping with the pressure being on stage. However Webster has been playing good solid darts and has been making life difficult for others

Due to the format of the tournament I feel that Brendan Dolan has a real live chance of beating Gary Anderson and I shall back the man from Fermanagh to win at 19/10. Dolan is a former finalist at this tournament and is the only player to have achieved a nine dart finish in this format. Anderson has really struggled in theis format previously due to the added pressure on hitting your doubles. Even though his game has improved greatly I feel it is worth a punt backing the local man to win this.

Another player I feel is value for a win is Jamie Caven at 13/8 to topple Snakebite Peter Wright. Wright has been strangely out of sorts recently after the Premier League and has not tasted much success on the oche recently. Caven always gives it his all in matches having won a ranking tournament earlier this year and in the quick best of 3 sets format could provide a shock.

Finally I am going to bet on Simon Whitlock to beat Richie Burnett 2-0 at odds of 6/5. The Wizard looked in much better form after having some health problems during the Premier League. Burnett did not play particularly well in the Players Championships over the weekend so I feel that Simon can win without many issues