Coming off a teasing week on the PGA Tour were a few of my fancied threatened but in the end none were able to deliver on the Sunday. Moving on we take in a big event with the The Players Championship Golf from the TPC Sawgrass or the 5th Major as some call it.

The course plays just over 7,200 yards. What marks out this event is that it has been played at the same course since inception and the famous island green par 3 17th has driven many a sane man to destruction. Its a good event though and it gives a range of players a chance as no one stat will get you a win this week. The greens which can be tricky to find have had a few issues over the winter it will be interesting see if those problems are solved before we get under way Thursday.

check out the giro cycling section

Driving accuracy can play a part here and it might swerve me over another player if struggling. Finding Greens has been a good stat to follow and as such making those key medium length putts and taking your chances. Really what this says is you want someone who is going be hot with the irons and the wedges and capitalise by sinking a few putts. Oh and of course avoid finding the water at 17 on any day. Steve Rawling made interesting point about draw bias with an afternoon slot on Thursday unfavourable but I tend to try not read too much into that as conditions can change so much and Friday could then be suitable when reversed.

As always with a unique test like this we can see that winners tend to have been here a few times and the exceptions to that were pretty high class players who have won plenty since. Rory McIlroy goes off favourite but hes not for me right now in current form and despite this course suiting fine iron play its not one he has taken to yet. Kuchar the champion from 2012 comes in with some seriously strong form and some much needed time off.

Bet365 have some good offering this week on most selections they were best price and offering the 6 places they stood out with 60/1 on Walker. I like Donald this week but considering prices I have backed him at this season hes near the same now but in a much stronger field. Simpson was of course on the list but he has burnt us too many times now and is starting to worry me that he isn’t putting together 4 good rounds. Both McDowell and Na came close on my list and I did take both for minimum stakes at 70/1 and 80/1 but below our my main selections for the Players Championship.

Plenty offering the 6 places and decent odds too so shame on those still offering just 5 places. 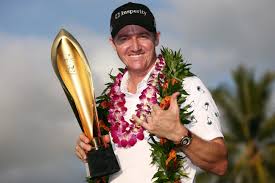 Jimmy Walker has got a winning feeling this season

Francesco Molinari 125/1 bet365- Accurate off the tee, finds his greens and is having a strong enough year. He quiet likes Florida and has done decent showing here before. Given his recent showing look for him to go out with a fast start worth a small investment.

Jim Furyk 33/1 bet365- He has been on our screens quiet a bit with his recent strong form notable. He was impressive last week and put in a round on Sunday that nearly earned him a play off shout. Has done well in this event before especially off a good showing the week before. He knows this course well and could overcome his losing streak.

Rickie Fowler 66/1 paddy power – His Masters place is a good sign for him to go well in this big event. He has been a runner up before here so hes already shown he can handle it here. With his new swing and another 2 years in the swing he can go well.

Jimmy Walker 60/1 bet365 – 15th here last year can be built on by a man who has come to life this season and shed his bottler tag. He has won 3 times in the season and his top 10 on debut in Augusta shows he could finally come good here. Bet365 stand alone at 60/1 far too big to ignore

Zach Johnson 33/1 Bet365 – Decent last week on a course I felt might expose his distance off the tee. He has been a runner up in 2012 and has of course a love for the Bermuda greens and his form on the course is obvious as is his class.