Trending
You are at:Home»Golf»US Masters Golf – Tips and Preview
By gghofman on April 10, 2014 Golf, Majors, The Masters, Uncategorized

US Masters Golf – Tips and Preview

Its that time of year again its the best of golf with the US Masters Tips from Augusta Georgia. Last year our best pick was with Day in 4th although in the trends I did Adam Scott came up on the short list as a possible winner but I gave regular placer Day the nod. Its been a profitable year this year if not as successful as 2013 was once I started blogging my golf half way through the season. Don’t forget what I cover best the cycling which you can check out here.

The US Masters is unique compared to all the other majors in that we come back to the same course year on year. For me it is the Tour De France of golf. Ask most golfers which they would want win once and be happy and they would likely say the US Masters. Even friends who are not keen on golf love the US Masters. The US Masters is full of unique touches, it has a champions dinners, a par 3 contest, crystal for anyone lucky enough to get an eagle, caddies dressed in white overalls and a well policed no phone policy. Also interesting is that while tickets are very expensive food and drink prices inside the event are very reasonable.

/
The course is a Par 72 which plays at 7435 yards. Since 2002 the course has been what they call tiger proofed making it a stern test and ensuring shorter hitters have to real think hard to defeat the course. Betfair have a useful course guide here. Its also well known as a place that eats up debutantes. Forgetting when it started only one man has won the US Masters on debut Fuzzy Zoeller way back in 1979. Course experience is invaluable and it takes 3 or 4 years before a players gets the best of the course and can really contest.

Decent length off the tee is always a big help at the US Masters. Its gives players many more options for their iron into the tricky greens. GIR % needs to be high and that plays in with the length too. Finding the undulating greens with a 7iron instead of a 5 is always easier. As they say you hope you won’t need your short game this week but several winners have been bailed out by a very good short game to scramble a par. Putting on these trick greens is important but some players will just come good on the day but over 4 days the better putters will have the better chances.  As is pointed out around the web doing well on the par 5s is important and something Tiger Woods excelled in during his winning run. But a lot of that is mixed in already with the key stats of length, GIR and putting.

From Steve Rawlings blog I grabbed this amazing stat, “Tiger and Phil repeatedly buck the trends at Augusta and they’re the only two men to win the event having finished day one outside of the top-ten since Mark O’Meara won from tied 25th and five off the pace in 1998. Unless you’re Phil Mickelson, get a fast start or forget it.”

With 25 debutantes in the field could we see the debutante record here broken or will the regulars take it. Again this week their are a few specials about. The weather has been inclement in the build up and Mondays practice didn’t go ahead which will likely affect any newbie’s who need all the course experience they can get. Rory McIlroy will be popular but he might still be scared by 2011 and I am looking elsewhere for value. Its tricky for Scott to defend and at his price can you afford his putter to go cold. Mickelson is in good order now and loves it here but he has yet to show that winning effort he usually does by this time in the year. 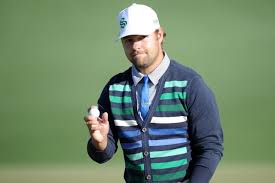 Ryan Moore can make a mockery of big odds this week

Paddy Power go the 6 places this week, while Boylesports offer money back if 2nd or 3rd. Ladbrokes will refund all players if a European wins. So lets get this under way.

Hunter Mahan 50/1 Ladbrokes – Has 5 PGA Tour wins to his name. 3 of the last 5 years he has finished highly here.  His game should suit here and his putter can get going like it did when in contention for two majors last season.

Rickie Fowler 66/1 Paddy Power-  Made the cut on all 3 of his appearances here. Signs his swing could be becoming reliable with 6th in Houston and has Iron play and putting to do well.

Ryan Moore 100/1 Paddy power – Played this twice as an amateur, making the cut both times and 13th the best of the two efforts. His three appearances since have all being very solid with just a little more needed to push for top 5.

Luke Donald 50/1 Paddy Power – Has decent form coming in. He has been top 5 twice here and manages to make up for his lack of length off the tee with the rest of a very rounded game.

Gary Woodland 80/1 Paddy power – Has great length off the tee and converts that into good GIR figures too. Will need putter to get going but is twice a winner on tour. 24th on his only time here in 2011 which he truly enjoyed.

US Masters outside picks:

Nick Watney 125/1 Ladbrokes – A player who has the game to play well here but form has tailed off. 3rd last year in the money list 2014 has seen very little of him.  Has 4 top 20s in his 6 appearances here. Last year he came 13th despite weak form also and a horrible 78 to open the week.

Graham De Laet 100/1 Skybet- One of best ball strikers on tour. Not won on tour yet so would have to do a Bernard Langer to win here. His all round game will give him chances if his putter gets confident.

Harris English 5/2 top 20 888sport – Another class player making his debut here. Again long enough of the tee to well here and has excellent stats for GIR % on tour. A quality player who looks a major winner in the making. Fact he is a local will be a bit of help on debut as he does know the course as a a patron.

Jimmy Walker 11/2 top 10 Betvictor- His first time here, but his game will suit here now with distance off tee, good par 5 performance and a putter that helped him break his title duck with not one but two wins this season.

Hideki Matsuyama 5/2 top 20 Paddy power- Made both cuts as an amateur here and proving as consistent as a professional in majors. This course suits his game that he could continue his previous progress.

US Masters To Make The Cut:

Miguel Angel Jimenez  8/15 skybet – Its a market not often pushed by bookies, but this guy has missed just one cut (2003) But made the cut 8 times since and he is a player not letting his age get to him.

Nick Watney 2/5 Betfair Sportsbook – 6 years Watney has played here and each year he has made the cut. He has also been 4 times in the top 20 and worth watching. 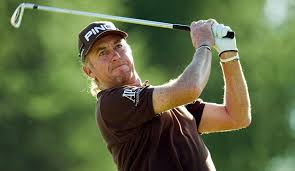 Jimenez can seal the top Senior

Worth a look at our top 20 pick Matsuyama to come Top Asian at 13/8 with betvictor.  I also have little questions over Scott and Day and so Leishman for top Aussie at 11/1 with Ladbrokes is worth a small wager. In the continental European market Olesen is 20/1 with the sports book that looks too big should Stenson and Garcia falter. He is also a 7/1 shoot for top Scandinavian.

In the First timer market you can play any of 3 I mention above in DeLaet, Walker and  English at 11/1,7/1,7/1. in the top English man market Luke Donald is 7/2 with few books and I prefer him over his rivals here. He is 8/1 for GB and Ireland market. Schwartzel is 11/8 for top South African and does look the pick of the bunch I would have had him a little shorter for this.

A hole in one at 16 is 2/1 with 888sport and worth a shout, instead of the hole in one on any hole going at 10/11. Donaldson at 18/1 looks a little overpriced in that. Skybet have a slow play penalty during the US Masters at 5/1 which is interesting with all the talk of slow play this year and the penalty to the young man last year.