A change in approach paid off last week, I took 6 main bets but also 3 outsiders for the week two of those were in contention at the weekend with Kokrak taking a place in the end. But the highlight was Matt Every getting off the mark at 66/1. He played pretty good all week and really came good when Scott flattered. He had identified reasons he may have been throwing away chances before and corrected those this week to take a maiden tour win.

Since the East Coast swing I have really enjoyed the golf, normally I will flick around from time to time but have been gripped recently. And Sundays of late have been compulsive golf viewing. Onto Texas this week any how for the Valero Texas Open which looks to have a strong field lining up although both Every and Moore have pulled out this week.

Before taking a full look at this event I took 22/1 on Walker and 50/1 on Horschel as I felt both looked to good to ignore on the face of it. The TPC Santanio hosts the Valero Texas Open headed by Phil Mickelson who will be testing his game for the up coming US Masters at Augusta. This course will reward a good short game and scrambling has ranked a good stat. Distance off the tee will help also on certain holes.

Its been a course for PGA Tour regulars and all but 3 winners have been Americans.  At just over 7,400 yards this par 72 isn’t as long as other courses but its play though. The narrow fairways test accuracy and often a three wood can be the best option to avoid some nasty course bunkers which can cost a player more than a shot. So good GIR stats and good iron play with accuracy will likely be what the winner needs.

I have noted that since moving to this time of year 3 of the 4 winners were less obvious, Scott was the exception but even 4 years back he would not have been the name on every ones lip. Paddy Power go 6 places again a pity not many will follow them and do same.

I do have Walker in the book at 22/1 but decided to leave him in end. Steele also would have been bet at his opening odds but 33/1 was too restrictive.  The same applies for Kokrak and Jacobsen who I backed at three times the odds last week all be it this week suits more. 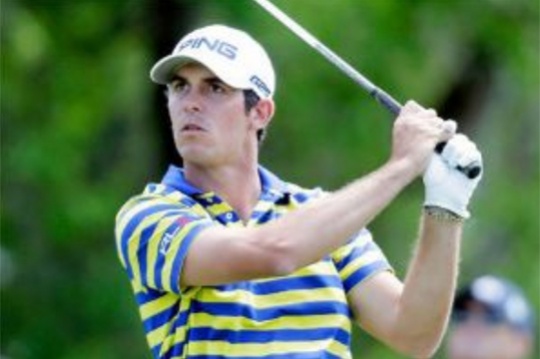 Horschel could come good for backers this week

Billy Horschel 45/1 winner – Headed this field after 3 rounds last year and has learnt a lot since that to suggest he could hold on if he were in the same spot now. He is a fine player looking to get back into his best form and finding his putter on slightly different greens this week.

Kevin Chappell 40/1 paddy power- Still a maiden on tour but take encouragement from Every breaking his tag last week. 15th and 2nd his last two appearances show this course plays to his strengths of a difficult test. Played pretty well last week to boot and his accurate driving will be a big help around here.

Pat Perez 60/1 various- Awful 4th round last time proved costly. Otherwise he is still a man in top form. Was 5th the last time he played this event too.

Daniel Summerhays 100/1 various – Lost a play off in the farmers last season so being close to victory in past 12 months. Impressive top 20s in both Pebble Beach and the Honda Classic, A 7th here last year gives him great hope for a man who has a game made to win here.

Richard H Lee 150/1 various – At 13th here last year, has some good accurate driving and general play could get the putter going this week and contend.

Brian Gay 150/1 paddy power – A shorter hitter, but has 4 wins to his name on tour despite that. He is a Texan so could take to this test as in the past he has not been far off when playing his best. A dry course will be key to Gay having a chance