Trending
You are at:Home»Cycling»Volta Ciclista a Catalunya 2015 Cycling Preview
By gghofman on March 22, 2015 Cycling, Uncategorized

Off the excitement of the Milano San Remo we arrive at the Volta Ciclista a Catalunya in 2015, and at short notice Rodriguez will not be here to defend his crown. It kicks off with quiet an interesting stage that should narrow the field from the off. Its downhill finish with short flat but there three climbs to be conquered. Stage 2 has lesser climbs but does finish on one well just after the top anyway. Climbs not overly long so a real mix could get involved.

Stage 3 is in and out of Girona where a hell of a lot of riders live during the season such as Dan Martin. 5 climbs on day with just over 10km from the top to the finish. Stage 4 heads for the higher mountains as they pass 1km altitude. its got 4 climbs in all and they reach nearly 2,000m before heading down for days final climb for a testing mtf finish. Stage 5 has two late climbs, its a 5km downhill into the finish. The intense racing continues on Stage 6  but the main climb comes early so this may be the biggest group we see at the finish. Stage is the usual circuit finish near Barcelona, the stage is just 123km but has seen much action with its hill repeat. The 120m climb is repeated 8 times should be one hell of a test.

One hell of a test for this one and every day could see the race lost. Its going be tricky to decide when the days will suit those with a little less climbing talent. Volta Ciclista a Catalunya should prove very interesting.

The field is dead strong with Contador, Valverde and Froome lining out. Uran is also here along with Porte, Martin, TVG, Talansky and Bardet. I quiet like the Contador price this is real racing and he is stronger at that than Froome in general, Valverde looks too short he isn’t a super force any more and 300km at San Remo on Sunday not my recommended preparation. Bardet nearly came to mind but I am risking Van Garderen who was 4th last year to come good after some poor management last week. Valls has won Oman this year and looked solid since 100/1 to surprise again. Bardet took my eye but I just left him in end and Martin and Uran where tempting but just fell short of prices id like. 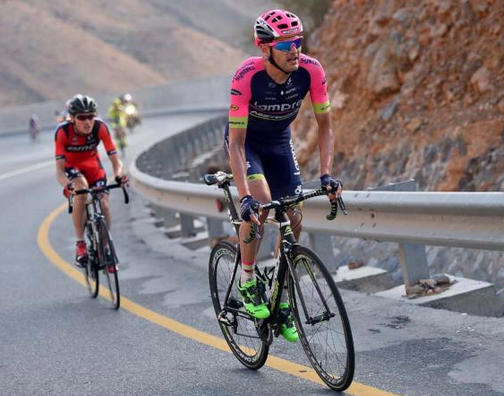